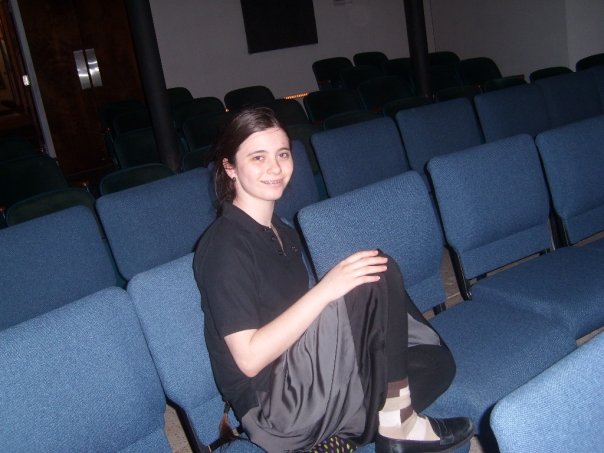 A while back, I had an interesting conversation with a mom who was concerned about the possibility that her autistic child may need braces down the line. As someone who’s autistic and who had braces for several years, I volunteered to talk about my experience. Now, I think this might make for a good post for others to read. I don’t necessarily have great advice as to how to cope with braces, since I’m not sure how well I did coping myself. It was just something I knew I had to do, and at the time I thought of braces as teeth jewelry, so part of me liked the idea of them and was willing to put up with them because I thought they were beautiful. But that aside, almost everything about having braces was awful.

Braces definitely caused me serious sensitivity issues. That was the most memorable part of braces. I’ve always had very sensitive teeth, to the point that I don’t like drinks with ice in them because the cold hurts my teeth. When the braces were put on, it tasted awful in my mouth, and felt uncomfortable. I sat through it because I knew I had to and I’ve never had an issue with the dentist, but it was really awful. Every little adjustment that was made hurt, and the rubber bands that tugged at my teeth made it difficult to open my mouth.

Eating was awful. For up to two weeks, even biting a blueberry after an adjustment was painful. I had a lot of soup, yogurt, mashed potatoes, ice cream, and other such mushy food I didn’t need to bite. I also have always had a bit of an unhealthy oral stim of biting my lip, and since I couldn’t do that well with my teeth encumbered by braces, I ended up rubbing the insides of my cheeks against the metal, where it would get caught and eventually scar. I honestly don’t remember what my mouth felt like without scars lining the insides of my cheeks. I’m also fairly certain that the slight indents I can feel on my lower lip are a result of braces and rubbing against them as well.

I didn’t know I was autistic at the time when I had braces, and I think that knowledge might have helped me figure out how to cope. There were some nights I went to sleep crying, but I did my best to hide that from everyone else because I didn’t want to be seen as being overly sensitive – I already was too sensitive, reacting to anything I had to bite too much, finding it all too uncomfortable. There was an object in the kit the orthodontist’s office gave that included a rubber bite piece that was meant to be bitten on to somehow help with the pain. I never quite understood this because biting down hurt, but it did have a soothing texture, so sometimes I’d just put it in my mouth as a distraction without biting. In retrospect, I suppose this was a type of stimming.

I’ve never had an issue with dentists, probably because I associated them with stickers for a long time, which were enjoyable. I also liked the sensation of the water and the suction tube that got rid of the water. It was interesting and kind of fun, so I never felt any anxiety about the dentist or orthodontist. As such, I didn’t really develop any coping mechanisms I can talk about. What I do want to talk about is retainers.

I think one of the important things to consider before either getting braces yourself or getting your child braces is retainers. No one told me at the start of the process that I would have to wear a retainer for the rest of my life to keep my teeth straight, or they’d go right back to being crooked. My teeth aren’t all that bad. I have a slight under-bite and the front of my lower teeth are a little crooked, but they’re really not all that bad. So, the prospect of wearing a severely uncomfortable piece of unforgiving plastic and metal in my mouth every night for the rest of my life to just keep my bottom front teeth from being a little off was unacceptable to me. It wasn’t worth it. When I asked how much longer I’d have to wear the retainer and they told me forever, I remember something in my head flipping and thinking, “Nope, I’m done.” I stopped wearing my retainer, and essentially made the whole experience a massive waste of money, pain, and time for everyone involved. That’s the most important thing to consider – will your child wear the retainer for the rest of their life on their own, or will they find the sensation too uncomfortable and abandon it when they get the chance?

I’m not an expert on teeth, so I won’t claim to know for certain if there’s something braces can fix that doesn’t require a retainer. In which case, if such an issue exists, maybe it’s worthwhile to have braces. All I can say for certain is that for me, that wasn’t the case. And, I definitely think that if braces are just there to fix something relatively minor, like the slight crookedness in my lower front teeth, then maybe consider that it’s just something that it’s okay to live with. I’m not going to have serious health problems because of the minor crookedness in my lower front teeth. It’s not severely out of place to the point of being a social hindrance. And so, I vote in favor of thinking critically about whether all that pain and money is really worth it for those considering braces, especially if you’re autistic and have sensitivities or anxieties about the dentist that non-autistics might not have.

If you have a real issue with your teeth, something more extreme than my slight crookedness, then it might be worthwhile to get braces. Talk to a dentist about the repercussion and make an informed decision. If you are making this decision for your autistic child, be as understanding as possible – the pain is something they might not know how to handle, and needing comfort objects or easy to eat food for a long while may be what they need to do to deal with it. I remember the pain lessening a little, but I was afraid of it still, so I still wanted soft foods. As long as the soft foods include healthy foods, there’s nothing wrong with that, and let your kid go at their own pace. Regardless of how crooked your teeth are or aren’t, remember to brush and floss!

One thought on “My Experience with Braces and Retainers”