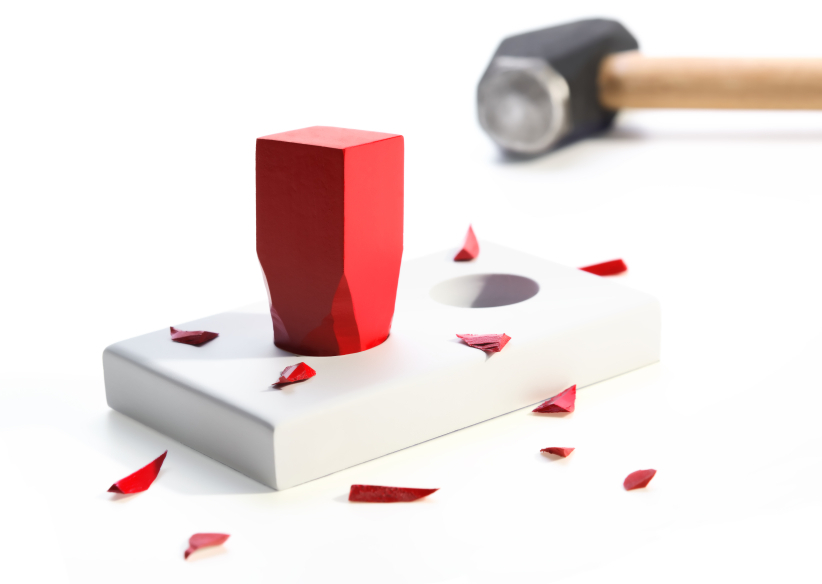 “Light it up Blue” is a campaign for autism awareness started by Autism Speaks, which most autistic adults consider a hate group. For those confused as to why autistics generally don’t like Autism Speaks, think of it like this:

Imagine there was a group called “Homosexuality Speaks” run almost entirely by straight people who put all but 4% of their donations towards advertising for themselves and funding research on how to identify the gay gene in utero so that parents could abort gay children and fight the gay epidemic, as well as finding a cure for homosexuality. As they do this, imagine that these straight people gain popularity as “the voice” of the gay community, all while they actively do their best to silence gays from being allowed to speak up on their own behalf. Pretty sure the LGBT community would not support them. So that’s why most autistics don’t like Autism Speaks – they do not speak for autistics.

Anyway, since it is now “Autism Awareness Month”, I wanted to discuss the specific color blue, the concept of awareness, and how it relates to autism.

The color blue was chosen to represent autism because the people choosing the color thought that autism was a ‘boy’s only’ club. They chose blue because it’s associated with the male gender, and they wanted to exclude all women and girls (and, it’s safe to assume, all others as well) from the autism spectrum. I don’t believe this was out of any sort of malice, but simply ignorance. Which, once you learn better, no longer excuses it. I cannot “just wear blue to support autistm awareness!” (as I have been told to ‘just do’) because I will not wear something meant to represent my condition but also meant to exclude me because of my gender.

Which is a real shame, because I look good in blue – it’s one of my favorite colors – and I loathe that it was ruined in the month of April by this campaign.

Now, you might say, “Well, that’s what it used to represent. It doesn’t anymore, now it’s all autistics! It’s just a support thing for awareness!”

There’s several things wrong with that. The first is that blue has been chosen by a specific brand to represent their specific brand of autism awareness. That awareness includes telling autistics that they are a burden on society, that we destroy marriages, that we cost too much money, that we are tragedies, that we are an epidemic, and that we need to be cured because they see autism as some sort of antagonistic disease rather than a type of person. “Light it up Blue” is tainted by that message, and so if I were to wear blue, I would not be supporting autistic people. I would be supporting the organization that wants to prevent people like me from being born.

The second thing that’s wrong with that sentiment is the idea of ‘awareness’. People are aware autism exists. Acknowledgement of the condition’s existence isn’t what autistic people want – we want acceptance. You might think that these two are the same, or similar enough, but acceptance means understanding that some autistics might need special considerations, while awareness promotes fear based on stereotypes. In my experience, awareness shows off how strange, weird, and ‘other’ autistics are, with the underlying message of how autistics need to be changed to fit a more ‘normal’ box, or how we need to be cured/prevented from being born to wipe out this epidemic. Saying things like “one in every sixty-eight children is diagnosed with autism” sounds scary. It’s reminiscent of showing statistics like “In this year, this many people were diagnosed with cancer – here are things to avoid to lessen your chance of cancer.” It wants to create fear – that’s awareness.

Acceptance shows that autism doesn’t have to be scary. Acceptance says, “sometimes someone who’s autistic can be highly sensitive to loud noises, and may wear headphones to help cope. Please do not take them away, insult, belittle, or tease them, as they are simply trying to avoid something painful.” Acceptance means accepting that cutting the corners off of a square peg to fit into a round hole is painful for the peg, and maybe we just accept that it’s not necessary. That we should let people be different, and accept what supports/accommodations they may need rather than forcing them into a mold that doesn’t fit.

So, what can you do to support autistic people on this most terrifying and overwhelming of months, April, aka ‘Autism month’?

As to colors, the acceptance campaign I am the biggest fan of is Red Instead. It’s exactly as it sounds, and I like the idea of red because it’s the ‘opposite’ of blue – though not pink so that it isn’t strictly a ‘girl’ thing the way blue was chosen. Tone it down Taupe and Light it up Gold are other alternatives, but I’m a fan of red.

I would also like to give a short opinion on the puzzle piece symbol. I get that some people like it – it’s visible, kinda cute, and a well known ‘autism symbol’. However, I’m not a fan. For one, it’s usually in blue. If it’s not blue, it’s in bright primary colors. Aka, it’s a little childish. There’s enough of a problem with people infantalizing autistics and assuming we’re all children that I don’t think we need to have a symbol alluding to support of that notion. The original puzzle piece was meant to symbolize what a puzzle autistic people are, how mysterious autism is, and how autistic people are ‘missing a piece in the puzzle’ of our humanity. That sounds a little too close to “elevator doesn’t stop at all floors, not the sharpest tool in the shed”, etc. I don’t think I’m a puzzle if someone gets to know me. It takes some effort, but autistics aren’t mysteries. We’re people. Some people think it’s a cute symbol, and if they like it, that’s up to them – sorta similar to how if someone on the spectrum wants to be called ‘person with autism’ rather than ‘autistic’, it’s completely their call. Personally, it’s not for me. I like the neurodiversity symbols like a rainbow infinity symbol or a rainbow colored brain. I think it’s more representative of who we are. Our brains our different, and there is a spectrum of what autism is.

For those who are curious here is a picture of the original puzzle piece symbol relating to autism. I hope that it’s understandable why I don’t care for it:

One thought on “Why I Don’t “Light Up Blue””